The Vice-President, Dr. Mahamudu Bawumia, last Saturday inaugurated the first Islamic Nursing Training College in the country, with a call on the school authorities to stick to their core values.

Dr. Bawumia said strict adherence to that mission by all stakeholders of the school would make it one of the best in the country.

“Always remember your stated mission of being a plainly socially sensitive, community-oriented, and patient-centered health professional through excellence in teaching, clinical leadership, and serving,” he added.

The Vice-President said the college would not only open enrolment opportunities for young people in the Zongos and inner cities but also add to the about 90 public health training institutions across the country.

He said in spite of the number of nursing training institutions in the country, they did not seem to meet the admission needs of the ever-increasing population who graduated from senior high schools and sought to be trained as nurses.

The Islamic Nursing Training College was conceived by a Nigerian scholar, Sheik Hassam Hamza Musa, and initiated with the support of the Ahlu Sunnah wal Jamaa Muslim sect from Ghana and Nigeria.

It is affiliated to the University of Cape Coast (UCC) and offers diploma in health nursing, general nursing and other certification courses.

Dr. Bawumia commended the private sector for contributing immensely to complementing the efforts of the government towards the development of education.

He said the government had prioritised education because it enhanced productivity, creativity, and technological advancement and also secured economic and social progress.

“The only sustainable way we can transform Zongos or deprived communities and the nation is through the education of our children,” he stated.

Vice-President Bawumia said the government had an unwavering commitment to continue to invest in the health sector, especially towards the training of healthcare workers, as well as the provision of healthcare infrastructure.

He pointed out that the government would continue to partner and support private training institutions, such as the Islamic Nursing Training College, to produce the required health personnel for the nation.

Talking about inclusiveness, he said the Zongos, which had been excluded from the national development process for many years since independence by successive governments, was now actively included through the Zongo Development Fund, which he indicated had so far executed 134 projects in Zongos throughout the country. 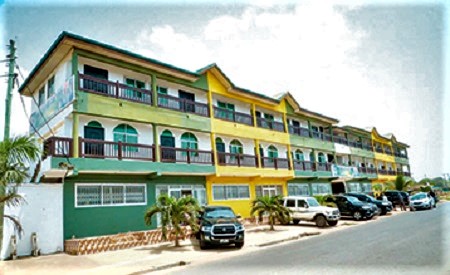 The Vice-President said part of the government’s Zongo development vision was a special focus on the training and development of healthcare workers, especially doctors, nurses and midwives, to be able to offer services to patients with special needs.

As part of this vision, he said, the government, in 2020, sponsored 40 brilliant, needy students from various Zongo communities across the country to Cuba on full government scholarship to be trained as medical doctors.

He added that the government had also cleared the backlog of nurses who were at home when it came into office, saying: “We are on course to posting nurses on time to be able to serve.”

The Leader of the Ahlu Sunnah wal Jamaa in Nigeria, Sheik Abdullahi Bala Lau, in a brief remark, said to seek knowledge was compulsory in Islam.

He, therefore, expressed the hope that seeking medical knowledge would be an additional incentive to groom Muslim youth to be useful to society.

Minority to file motion in Parliament over killing of Albert Donkor