Ghana’s Samuel Takyi defeated Ecuardo’s Jean Carlos Caicedo by a unanimous decision to advance to the last 8 of the boxing event at the Tokyo Olympics.

The 20-year-old Takyi dominated the first and 3rd rounds to leave no doubt in the mind of the judges, taking the fight on all five judges’ scorecards in the men’s 52-57 Kg Featherweight fight.

The 20-year-old had a slow start to the bout but picked his rhythm after 30 seconds and took home the first round, with all five judges scoring in his favour.

Carlos Caicedo came back stronger in the second round of the fight and managed to score 4/5 from the judges. 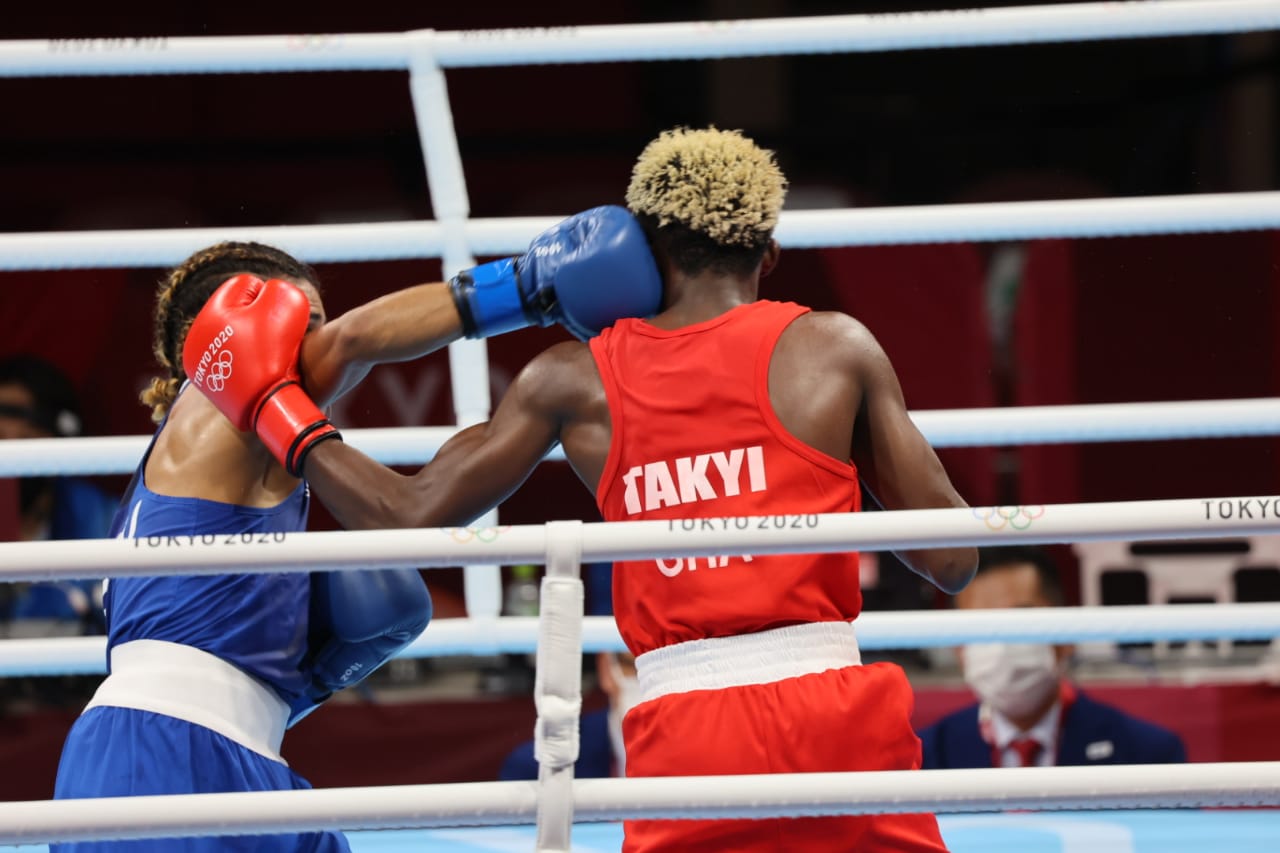 Ghana’s Takyi, 20, would not budge and with some heavy punches, he took home the win to advance to the Round of 8 in the Tokyo Olympic Games.

He becomes the second Ghanaian boxer to advance to the next round after Black Bombers captain, Sulemanu Tetteh qualified to the Round 3 stage two days ago.