Home Sports News Tennis: Why I did not react in viral slap video – Nii...

Raphael Nii Ankrah, the young tennis player who was slapped by his French opponent during the first round of the J5 Accra Tennis Foundation Ghana Open on April 4 says he did not react to the incident because he wanted to progress in the competition.

According to the 16-year-old, although his immediate thought was to hit his opponent and number-one seed Michael Kouame with his racket, he held back because he felt he was in a good position to win the tournament.
Speaking to the Daily Graphic on the sidelines of a press briefing in Accra, young Ankrah said advice from his coach on the sidelines also helped him to keep his emotions in check.
“We were going to the net to do the formal greeting, so I never expected the slap and it came as a big surprise,” Ankrah told the Daily Graphic yesterday on the sidelines of a press briefing.
“As at that time I was angry and I wanted to hit him with my racket but I saw my coach from afar begging me not to hit him because if I did that, I will also be penalised, so I did not retaliate.
“I had not met him, till we met on the court that day. I had not spoken to him too, so it came as a surprise when he slapped me,” the Winneba Senior High School student said.

Run to final
Six days after the unfortunate incident which went viral on social media, Ankrah braved the odds and went on to play in his first final as a tennis player, losing 6 (4)-7, 1-6 to compatriot Yakubuu Abubakari-Lea last Saturday.
When quizzed at the press briefing whether the slap served as an added motivation, Ankrah said: “It wasn’t the slap that motivated me, the guy I played was the top seed and defeating him in the first round was all the motivation that I needed to go to the final.
“I am okay, my coaches, parents and officials have all spoken to me and I won’t let this hold me back in my career”.
In his run to the final, Ankrah also beat compatriot Ishmael Nii Nortey Dowuona 6-3, 6-2 in the second round, Italian Davide Liberati 6-0, 6-4 in the quarter-finals and Frenchman Gregory Vrel Nagel 6-0, 6-3 in the semi-finals. 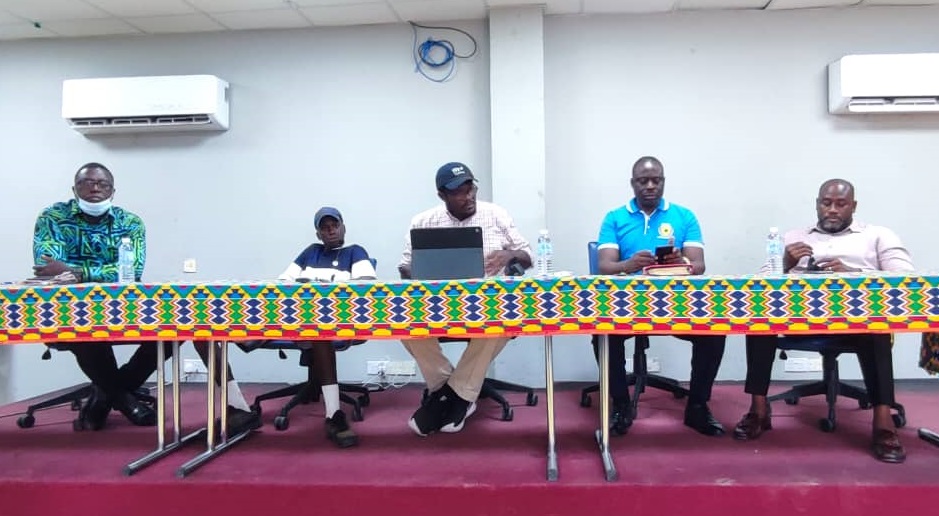 Sanctions
Addressing the press briefing, the tournament supervisor, Abubakari Yakubu Lea, disclosed that Kouame had been suspended by International Tennis Federation (ITF), although he was unable to state the duration of the ban.
An Executive Board Member of the Ghana Tennis Federation, Mr Jesse Ato Desbordes added that the incident was currently before the ITF Legal Department for a final decision.
On his part, the Tournament Director, Mr Roger Crawford said Kouame was expelled from other categories of the competition upon consultation with the ITF and later deported from the country.
The Head of Safety and Security of the National Sports Authority, Mr Thomas Kumordzi said Kouame was initially detained and later released after Ankrah and his guardians decided not to press charges. He added that a spectator who assaulted Koaume in the ensuing melee had also been hit with a stadium ban.